Quick question: Do you know what’s growing in the back of your fridge?

Eight years or so ago I put together a little digital book called The Thrivalist: Beyond Survival in 2012 (currently available for free for KindleUnlimited) which provides a simple way to figure out how to stock up for uncertain times. It’s really a no-brainer method, but you’d be amazed how few people know what they actually consume.  Because of that,  shopping for long-term food needs can sometimes have strange outcomes.

Really, do people actually use that much toilet paper? I think by now we all know what the answer is.

If you haven’t gotten the shopping list of what you really need together yet, it’s not too late. It appears we’ll be on stay-at-home for at least another month, maybe longer. But of course you’ve already stocked up, right? I hope it’s with food and other products that you will actually use. What you remove from the grocery store shelves is something that the next person might need as well, and if you won’t ever eat those probiotic prunes (yes, there is such a thing) maybe someone else would. But no.  You bought it and now the package is languishing on one of your shelves because you really aren’t a prune fan after all, in spite of having enough toilet paper to last till next year and beyond.

It’s about the back shelves — a traditional location for the incubation of science experiment growths. All well and good if you are a scientist, but most of us are not. So I ask you to consider this: If you don’t know what you’ve got then how will you know to use it in a timely manner?

I love lists. Not that I pay much attention to them, but the making of lists seems to satisfy some need in me. Maybe it’s the need to feel like I’m accomplishing something even if I’m not. Today’s list is different. It’s not make-work.  It’s a useful list, not a substitute for action. It’s a list of everything you’ve got to eat in your house. Several lists, in fact.

What? Yes, I am serious. I’m here to tell you that if you don’t remember you shoved those potatoes on a dark back shelf, soon you will have potato plants. Not only that, but even though yogurt’s got lots of bacteria in it that’s good for you, the black fuzzy stuff that grows on top of it when you’ve forgotten about the container is not so good. Soft mushy oranges that give way like zombie flesh to your groping fingers are disgusting and inedible.

And it’s all a waste.

No – that was last month. This month or next, letting food go bad because you forgot you had it could mean going without for longer than you had in mind.

Date the items on your lists with “use by” dates if the packaging has it. For stuff that’s not labeled now would be a good time to do some online research to see how long the foods can be stored.

And then…. actually plan your meals around your lists. Cross off items you use up and add them to your shopping list. Doing this digitally will save you a lot of rewriting, but sticking paper lists on the fridge or a kitchen cabinet is a way better idea, at least for people like me who can’t remember what I walked into the room for, much less to look at the lists I’ve got on my phone.  The life you save may be your own: the items you forget about may start evolving into sentience while hidden in the dark.

So today I’ll update my food lists. Oh, who am I kidding? Update? I know you can see from that photo of the potato plant growing in the dark that I need to follow my own advice.

Maybe today I’ll plant some potatoes outside.  But first: lists. 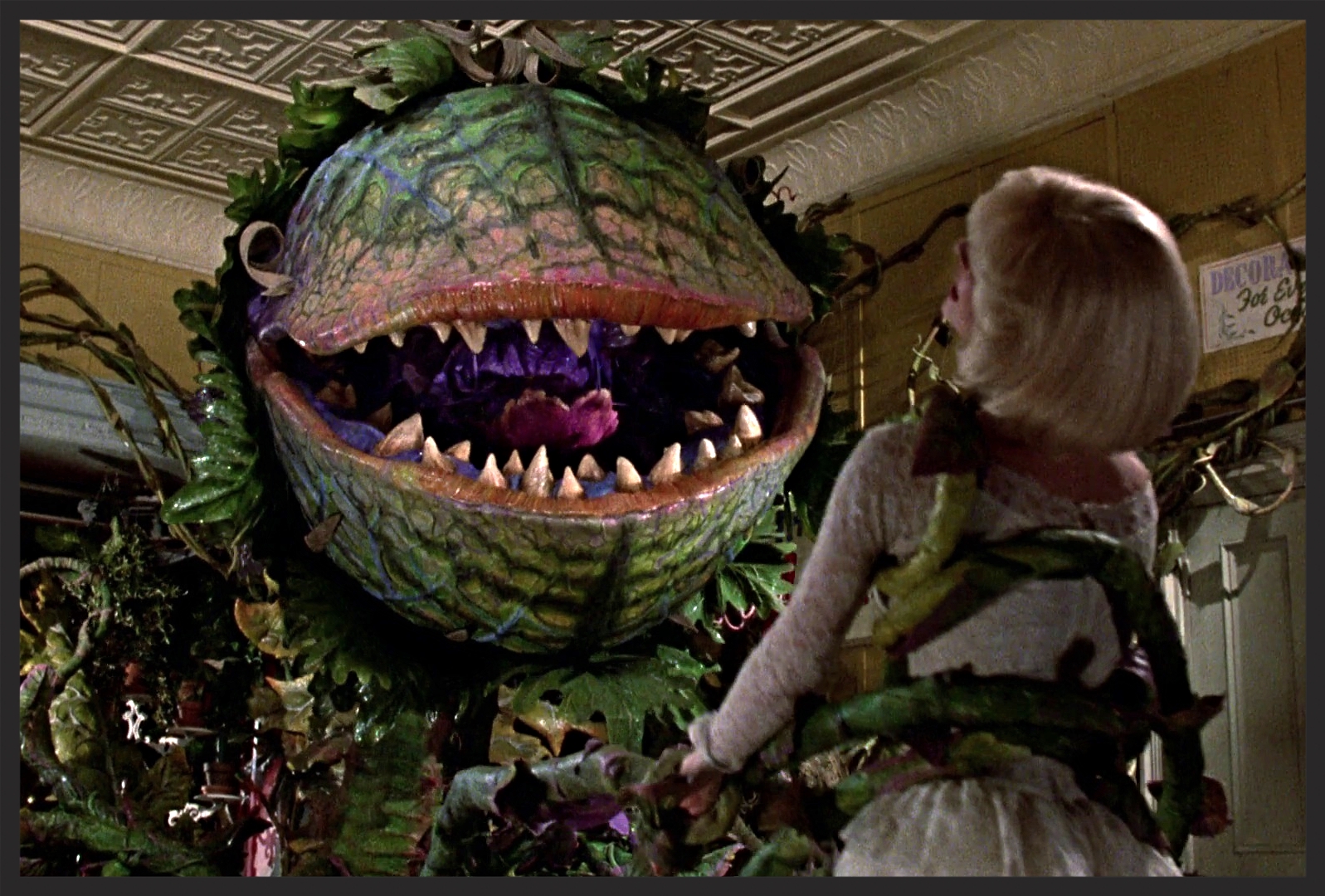 It Came From The Fridge