Lori and Jimmy and sex, oh my

Author and journalist George Case has written an interesting blog post, Sick Again, which I felt I had to reply to.  I decided that because my thoughts are really way too long for a comment, I’d post them here.  Please read George’s article so you’ll have the context for what I’ve written below. 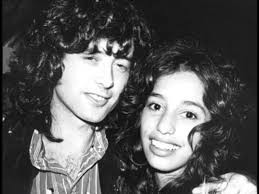 You ask: What would a fourteen-year-old and a twenty-eight-year old see in each other, and who around them could have imagined their liaison was a healthy one?

The people around them would see two people who are attracted to each other, just like any other two people, give or take a bit of fame and fortune. Why would anyone think it was unhealthy?  If two people experience these things together, then they are lucky.  They might be envied, even.

But okay, maybe a few would see sexual exploitation in the relationship.  Um.  Which one would be the exploiter?

Remember, back then there was also this going on: The burning desire for freedom to think for oneself, to each forge our own way, to toss off the shackles of establishment that had only led the world to racism, war, and repression.

Back in the days of flower power, many of us believed strongly in a world vision of freedom and peace. It was a sexual, moral, and ethical revolution created by living it. We pushed the envelope, we lived that pushing.

Excess? That is a view from outside, not inside.

Back then we resented the establishment that tried to impose a morality on us that we didn’t believe in. Who cared what the law was when it was so clearly outdated and wrong.

I still feel that way. Many of us of a certain age still do.

All of the young women the establishment said back then (and are still saying now) were too young were in fact quite old enough, thank you very much. We knew what we were doing. We knew a lot more than many who were a decade or two older than us. Young women like Lori were not being exploited, they were taking advantage of the only avenues open to them at that age to climb the ladder to where they wanted to go. They were having an incredible time doing it, too.

They aren’t the ones who were wounded and scarred by sexual predators.

Young women are not children just because they are under some arbitrary legal age according to criminal law. Women who are 14 years old do not need protecting from using their bodies to get what they want in life. Women of all ages should have the unquestioned right to make decisions about their own bodies and their own lives.

Women of all ages should have the unquestioned right to say NO for themselves, not permission from others to say yes to what they want in life.

2 Responses to Lori and Jimmy and sex, oh my