Rejected but not dejected

One good thing about getting enough rejections from agents and publishers is that after a while they don’t really hurt. Each new one is just another paper cut. I haven’t lost enough blood yet to swoon.

I swear, if an agent or publisher ever accepts one of my submissions I think I won’t even notice. I’ll just assume it’s another no. Gotta watch out for those kinds of expectations.

But anyway, I just wanted to talk a bit today about how we writers (and other creative types) deal with with rejection. I may not speak for us all, but I’m pretty sure how I react isn’t that unusual.

In the beginning I was shocked, incredulous that I got a rejection because I was so sure my work was way too fabulous for anyone to not love it and want it immediately.

So I had to get over that.

Then I got to where when I got a rejection I thought it was because my writing was no good.  That I was a crummy writer. This required a bit of mental judo, as I had to ignore the nearly two decades of being paid well to write non-fiction. I had to make myself believe that my fiction work was inferior — because if an agent or a publisher sent a rejection that’s what it must mean, right?  Even though that’s not logical thinking, that’s where I went.

That wore off after a while, sometimes within minutes, sometimes much longer.  Then I’d get pissed off about getting a rejection. It doesn’t take a mental giant to see that a lot of what gets published is pretty awful. My work was definitely better than that schlock. And I’d show those publishers.  Someday I would get published, and then those dummies who passed on my work would be really, really sorry.

Maintaining a perfect state of pissed-offness is energy intensive and depressing so inevitably I”d move on to vowing to never write again. As if that were possible. Okay, maybe I just wouldn’t write fiction anymore. Maybe I’d go back to working under contracts to write for others. I’m pretty sure that road’s still open to me.  But I don’t want to write what other people want me to write anymore. Nope. Not happening.

Inevitably after a bunch of moping around and self-flagellation, during which time I’d torture myself with visions of a life empty of purpose and passion, a brilliant idea would smack me between the eyes, an idea that would not be denied. I’d drop everything to capture it, scribble on a pad holding a flashlight in my teeth in the middle of the night, sit in front of the computer all day long till my eyes wouldn’t focus and my fingers were about worn off. Taking what I learned from the rejections and fixing…

Whoa there. Wait a minute. That last bit… the learn from part. NO! That’s not how it goes. You know why? Because getting rejected doesn’t teach a writer anything. Rejections aren’t necessarily about the writing at all.  IMO they are all too often about the fact that a whole bunch of agents and publishers only think they know what they’re doing.

Yup. That’s not just sour grapes on my part (well, maybe a little sour). You don’t have to take my word for it. You can prove it for yourself. Meanwhile, consider my reasoning.

First of all, let’s start with the fact that agents and publishers all have slightly different query requirements. Why is this? After all, it’s a time sucker and a real drag for writers who want to get on with writing the sequel to their novel.  Writing summaries of a book requires special skills. Writing query letters to successfully sell a novel to an agent or publisher is made nearly impossible because that special skill requires being able to read minds.

What? Yes, that’s right, reading minds. I’m sticking my neck out here, but seems to me that much of the blame for unsuccessful queries is on the people who supposedly are the experts, the ones who’re going to market those books, the agents and publishers who don’t bother telling authors exactly what they want to market. So when a writer (me, for instance) hunts for an agent or publisher to query, we have to intuit, or guess, or consult a Ouija board, to figure out whether the manuscript is a fit for that agent or publisher. Or just send out query after query, racking up the rejections.

Check it out for yourself by reading your rejections, which no doubt you’ve saved. Don’t they all say the same thing basically? Don’t they use phrases like not quite what we’re looking for right now and the fit was wrong?

Excuse me?  Not quite what you’re looking for? How could that be? I’m sure I’m not the only writer who obsesses over what agents and publishers are looking for. I don’t need waste my time querying anybody who isn’t looking for what I’ve written. And yet in the end, isn’t that what I’m doing? Spending valuable time querying when I could be writing a book?

Only to get rejected?

You probably know that the author of the wildly popular Harry Potter series received 12 or so rejections for The Sorcerer’s Stone. That’s no record. Many famous authors have received more.

Rowling gets to have the syndrome named after her (by me, I just dreamed it up) because when she sought to publish the first book of her Cormoran Strike series under the pen name, Robert Galbraith – after selling millions of copies in her Harry Potter series — one rejection letter actually recommended that she take a writing course. And even more amazingly, the publisher who first turned down Harry Potter also rejected Cormoran Strike — and did so rudely.

Wait — how could this be? Why would anyone have rejected a manuscript that must have been clearly marketable?

To be fair, publishers and agents get overwhelmed by the queries. There’s an art to prognosticating best-sellers. The public is fickle, tastes change quickly these days, and it’s a long process getting a book from agent query through to hitting the shelves (or Amazon!). What everyone wanted to read then might not be what they want to read now. I get it that’s it’s not easy. Particularly when the author is new.

So sad, too bad. Letting a best-seller slip away is still an agent’s own fault.

This is a rule of life: If you can’t articulate your desires accurately then the odds are high that you won’t get what you want. If the queries an agent or publisher receives are not quite what they’re looking for, perhaps they are the ones who haven’t made it clear what they want. If you’re a writer you’ve probably been as frustrated as I am at how some agents (particularly the new ones) ask for such a broad range of genres that they’re obviously just chumming for a best seller. 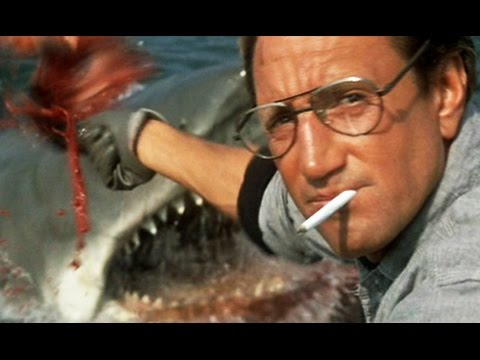 So okay, no point in getting dejected that I haven’t found my agent or publisher yet. I have to believe I will find them and they’ll be way better than the ones who’ve rejected my work so far. But still.  If I was more into burning my bridges, I’d send replies to those rejections, suggesting that perhaps taking a writing course would help. I’d thank them for reviewing my query and tell them I was sorry they didn’t fit my novel’s needs.  And that maybe if they wrote better descriptions of what they want on their #MSWL Manuscript Wishlist they’d get better queries and have more successful sellers.

But I won’t, of course. I’ve still got to cross the bridges and it’s stupid to scorch my own feet.  Where is that confounded bridge anyway?